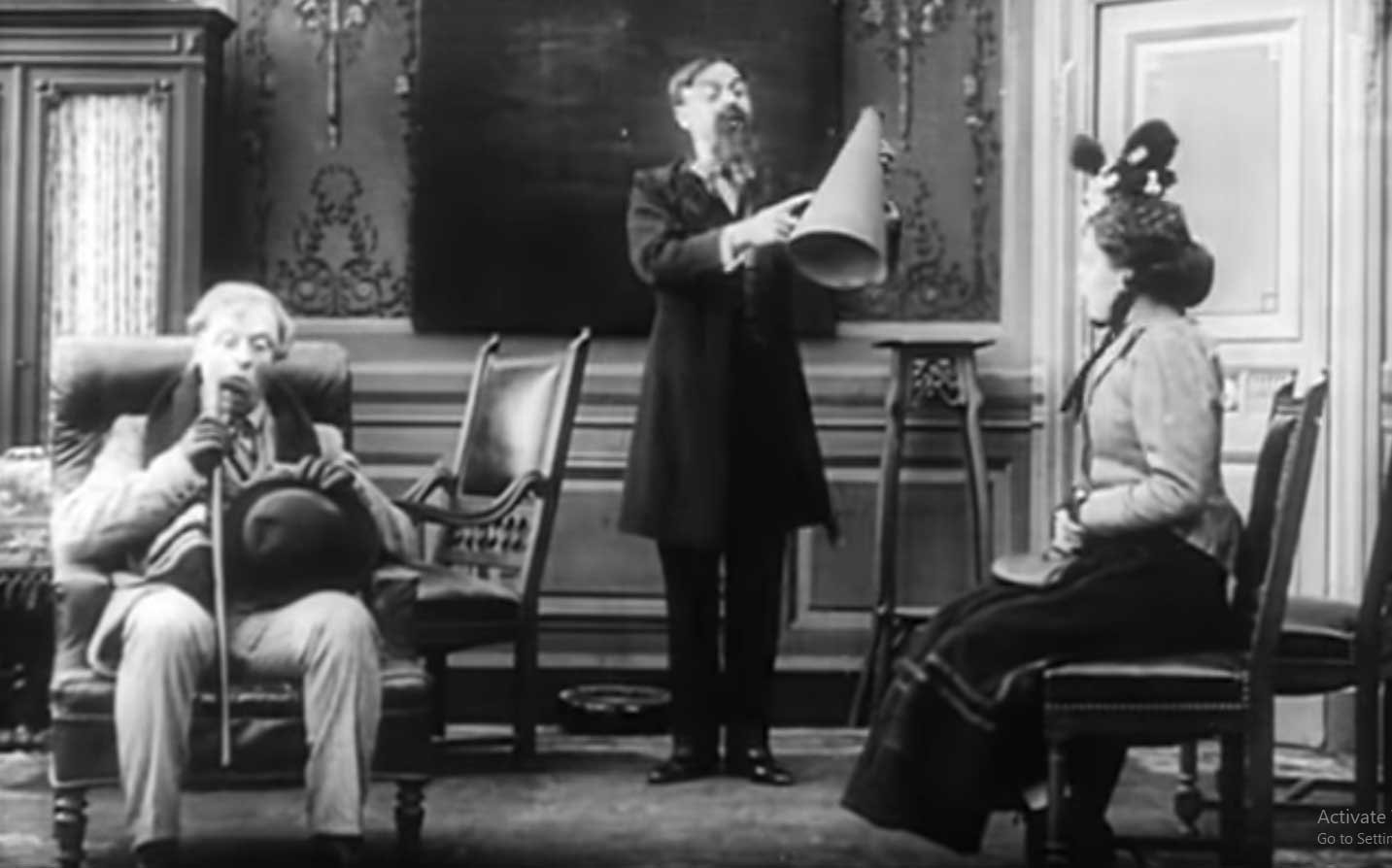 On November 30, 1910, Cohl left Gaumont for Pathé. He made only two animated films before he was forced into exclusively live-action work as a director of burlesques starring Jobard (Lucien Cazalis), one of the first generation of great screen comics. Cohl made ten Jobard films between March and May 1911. These films were the origin of pixilation, the technique of applying stop-motion to human beings. One of those two animated films was “Le Ratapeur de cervelles” (“Brains Repaired”). The transformations here are some of the most remarkable and non-sensical of Cohl’s career. The other film, “La Revanche des espirits” (The Spirit’s Revenge) may have been the first film to combine live-action and animation by drawing directly on the live-action film, previous work had used mattes exclusively.

In July 1911, Émile Cohl’s daughter Andrée died in an auto accident. Disastisfied with Pathé and too proud to return to Gaumont, Cohl signed with Eclipse in September. None of Cohl’s Eclipse films have survived, therefore a very little is known of his work there. It appeared to consist of object animation and travelogues.

The Eclipse contract was not exclusive, so Cohl made films for other studios. One of these films, “Campbell Soups“, was his first film made for Éclair, the Number Three studio in France. Éclair’s American studio at Fort Lee, New Jersey was run by Cohl’s friend Arnaud. As Éclair was moving into comedies for American audiences, Arnaud sent Cohl over the Atlantic to join him. Émile, his wife Suzanne, and their son André sailed first class from La Havre to New York City. At Ellis Island, he was required, for “sanitary reasons”, to shave off the mustache he had worn for thirty years in honor of André Gill. The films were mostly successful and Cohl bought a house and settled into a typical middle-class American lifestyle.

Cohl had two basic assignments at Fort Lee: humorous newsreel inserts and The Newlyweds animated series. The Newlyweds was a newspaper comic strip by George McManus in the New York World. The three main characters were a fashionable woman, her obliging husband, and Baby Snookums, an absolute hellion of a child who nevertheless gets everything he wants, usually at the expense of the father. The series was popular both in the United States and in France (under the name Le Petit Ange). Cohl wanted to make the first animated series, and he liked The Newlyweds. Prior to this point, there had been a few adaptations of comic series into films, but they were all live action like Happy Hooligan (starring J. Stuart Blackton), Buster Brown, and Mutt and Jeff which later to become a successful animated series.

Cohl began work on The Newlyweds series in November 1912, and the ads started appearing in February 1913. These ads are the oldest on record to use the phrase “animated cartoons”. Cohl made thirteen Newlyweds cartoons in thirteen months by using the bare minimum of actual animation, the scenes consisting of static tableau with dialog balloons appearing above each character’s head done in the McManus style. What little motion necessary was done with hinged cut-out figures animated by stop-motion. The ingenuity in these films lay in the transitions between tableaux, which utilized Cohl’s trademark transformations. Nevertheless, Cohl had proved that commercial animation was possible. The series was an instant hit. Only one film in this series has survived, “He Poses for His Portrait” (1913) (“Le Portrait de Zozor” (Fr.)).

On March 11, 1914, the Cohl family left New Jersey for Paris in response to a death in Suzanne’s family. They never returned. Eight days later, a fire destroyed most of Éclair’s American films, including all but two of Cohl’s films (“He Poses for His Portrait” and “Bewitched Matches”. The later is the only one of the animated matches films Cohl made to survive. Cohl made a few films for Éclair in France, but the outbreak of World War I on August 3, 1914 forced those films to be held back for years before being released.