Émile  Cohl made a few films for Éclair in France, but the outbreak of World War I on August 3, 1914 forced those films to be held back for years before being released.

Within a week most of the French film industry had enlisted or had been drafted. At 57 years of age, Cohl was too old to fight, but he volunteered as best he could while working at Éclair. His heart was no longer in his work, for his beloved wife Suzanne was slowly dying.

At around 1916 Cohl was approached by Benjamin Rabier, a popular illustrator of children’s books who wanted Cohl to animate his characters. The producer for the series was René Navarre, and the distributor was Agence Générale Cinematographique (AGC). The trio parted company over Cohl’s resentment that he was not being credited in the advertising. The series, “Les Dessins animés de Benjamin Rabier” (“The Animated Drawings of Benjamin Rabie”r) starred Flambeau the War Dog. The only surviving film, “Les Fiançailles de Flambeau“(1917) [“Flambeau’s Wedding“] has cute naturalistic characters from Rabier and coarse morbid humor from Cohl. By the time of Cohl’s departure, Rabier had learned enough animation to carry on with the help of two assistants. The series lasted for several years.

Cohl continued work with Éclair throughout this debacle, mostly making newsreel inserts. From what could be judge from the remains, the series “Les Aventures des Pieds Nickelés” (Adventures of the Leadfoot Gang) may have been the best work of Cohl’s career. It was based on a working class comic strip by Louis Forton, about a gang of anarchistic youngsters constantly getting into trouble with both the criminal underground and the law. The series was terminated by the war, as the Éclair-Journal studios were occupied to make American war propaganda.

Cohl spent the rest of the war serving his country. He joined the United States Air Service Supply as a volunteer on May 11, 1918.

With the war over, Cohl quit Éclair in May 1920 and made his last significant film, “Fantoche cherche un logement” (“Puppet Looks for an Apartment“). It was released as “La Maison du fantoche” (“Puppet’s Mansion“) in April 1921 by AGC. The only notice paid to it in the trade journals was a one-line plot summary. Nobody cared about Cohl’s work anymore, or any other French filmmaker, for that matter. Cohl’s career was finished, since there was no longer any way to justify the cost of an animated short subject in a world of live-action features.

He left films in 1921 and was soon completely forgotten. His death resulted from an unfortunate accident. Living in abject poverty, in a slum room without heat or electricity, Cohl was trying to warm himself with a candle when his long white beard caught fire. Horribly burned, he died on on January 20, 1938 at the age of 81, of pneumonia and other complications in a hospital in Villejuif, Val-de-Marne, in charity ward, penniless and forgotten. 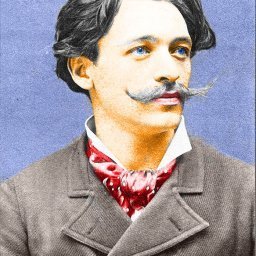 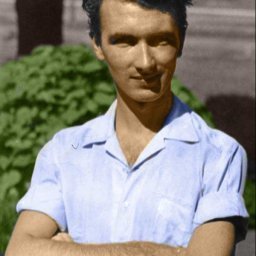 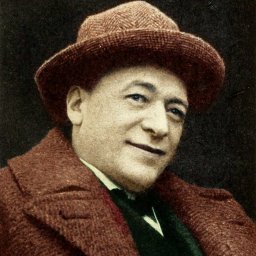 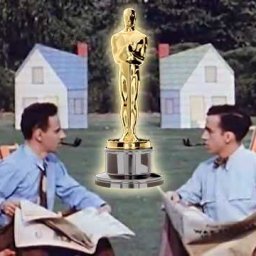 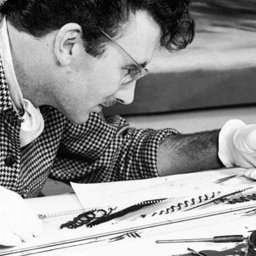